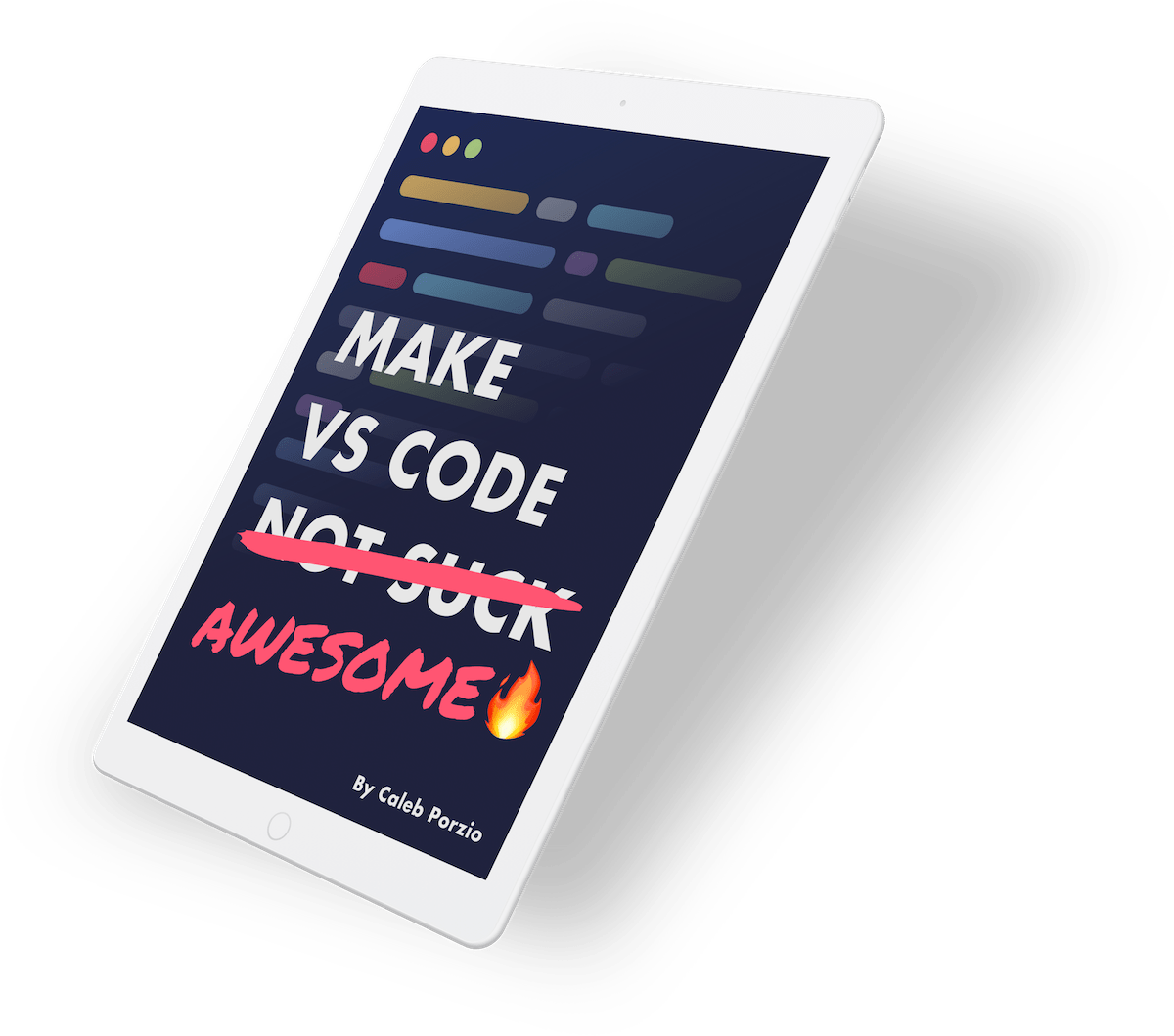 I started using VS Code (Code) because I had to work on a project using AWS CDK. Code has an official extension for CDK. At first, I found there are so many functions in Code that I was overwhelmed. Code started to grow on me as I continue to use it, but I never felt comfortable using it. It could be because I had been using Sublime Text for a long time. Sublime Text is simple but yet powerful. Code was powerful, but noisy.

Out of the blue, @calebprozio started tweeting about his experience with Code. I started following @calebporzio’s advise of Code from his mailing list. After several emails, my Code configuration become so personalized and comfortable using it.

So when @calebporzo announced he was producing a course on Code, I was really looking forward to it. I purchased the course the day it came out. I read through the ebook (which I appreciate, explain later) and watched the videos. I then make more changes on Code following 80% of the advise from Caleb and some of my own.

I am not so much lost and overwhelmed with Code anymore. I felt I started to master this powerful tool to build.

On having an ebook along with video. It is because I now can quickly reference the configurations that I need without re-watching the videos to find something I need to review.